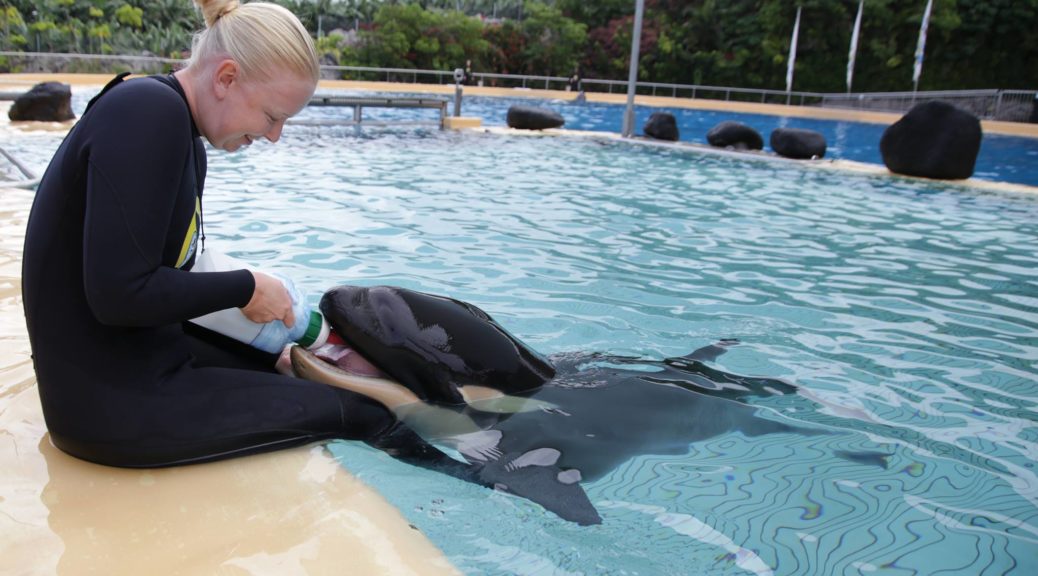 Morgan is a mom

Let’s go back to Morgan, an orca who was rescued and healed in 2010. She was found in poor health in the waters of Netherlands. Once healthy again, she was transferred to Loro Parque instead of being released to the sea.

Below is a timeline of Morgan’s pregnancy created by the Free Morgan Foundation. 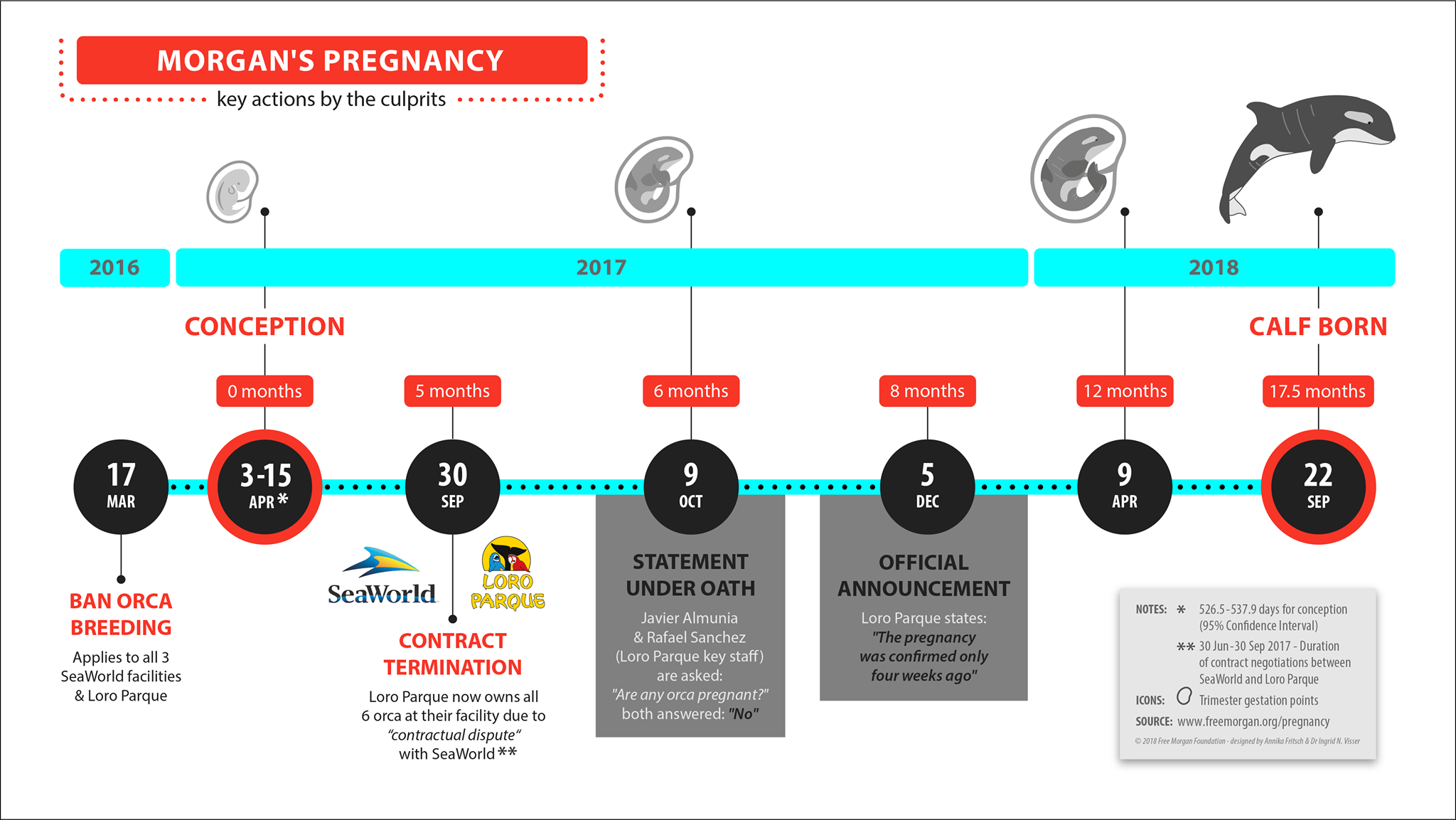 It clearly states that Loro Parque kept Morgan’s pregnancy a secret until it was officially issued she would not be released to the wild.

Now that she has given birth to a baby girl, the Free Morgan Foundation intends to continue fighting for her release. What will be the outcome?

Since October, the baby has been separated from her mother to be bottle-fed. Morgan does not produce enough milk.

Orca families are matriarchal, new-borns never leave their mother’s side even when they reach adulthood.

Separating her from her mother could actually put her in danger.

11 killers whales and 90 beluga whales are being held in temporary sea pens in Russia.

Whale and Dolphin Conservation, a wildlife advocacy group, claims it’s “the largest number of marine animals to be held in such a way,” and prosecutors are investigating whether the whales are being held illegally.

IFLScience reports that it’s possible the whales have been captured in order to be sold to Chinese theme parks: 60 parks already in operation and a dozen more under construction.

In 1982, an international law was passed to ensure that cetaceans were only to be captured for scientific purposes, although a few countries ignore those laws. 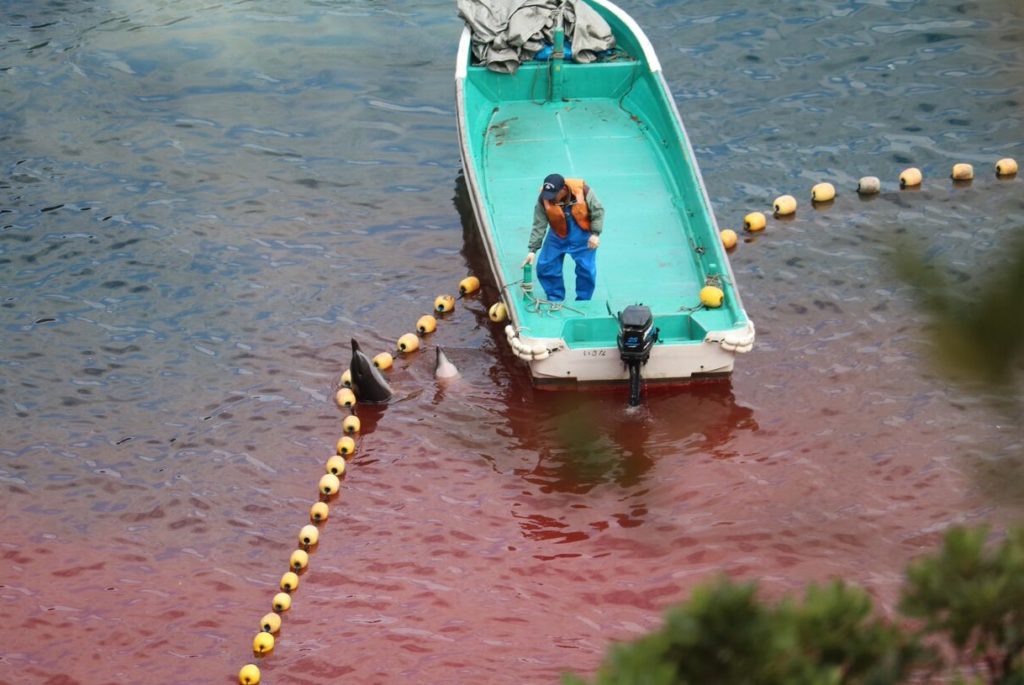 Since September 23rd, fishermen of the small Japanese town Taiji keep on their fishery drives to hunt for dolphins.

In all, 141 cetaceans were slaughtered, and 90 captured.

The above chart shows the obvious difference in the number of slaughters and captures since the 2000s.

Let’s keep up the good work!!